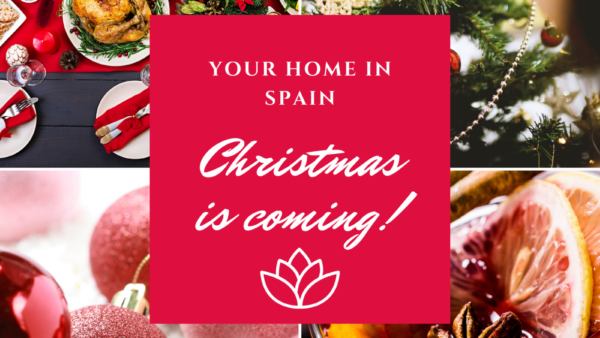 Each year between December 24 and January 6, Spain comes alive to celebrate Christmas, or Navidad in Spanish. During this time of the year, everyone strives to fill their days with happiness, joy, and family harmony, although some are more successful than others.

Spanish holidays are a mixture of Christian and pagan traditions. According to Catholic tradition, Christmas is celebrated on December 25 in honor of the day Jesus was born. December 31 is New Year’s Eve, or Nochevieja in Spanish, the time to say goodbye to the year that’s coming to an end and welcome the new year. But the holiday season doesn’t end there! January 6 is a very important holiday in Spain called el Día de los Tres Reyes Magos (known in English as Epiphany or Three Kings’ Day).

Although Christmas Eve isn’t until December 24, Christmas always comes to Spain a few days early, on December 22. That’s the day the winning numbers of the hugely popular Spanish Christmas Lottery are drawn and announced in song by schoolchildren on live TV. In the months leading up to this event, many Spaniards buy lottery tickets and wait to see if their number will be lucky that year.

Once the lottery prizes have been announced, the holidays have officially started, and everyone starts making final preparations for the big celebrations.

Christmas Eve, or Nochebuena in Spanish, is celebrated on December 24 and is generally a family affair. Usually, members of the extended family gather around a feast of meat, wine, typical foods not eaten at other times of the year, and all kinds of desserts.

For devout Catholics, there’s an important event after dinner: it’s time to go to a special midnight mass called the Misa del Gallo. Church-goers celebrate the birth of the Son of God by singing famous and traditional Christmas carols accompanied by guitars, hand drums, and tambourines.

In many homes, especially ones with children, Nochebuena is a very exciting night: it’s when Santa Claus (in Spanish, Papá Noel) brings gifts to all the children who have been good during the year. Some regions of Spain have their own traditions: in the Basque Country, it’s Olentzero who leaves the gifts, while children from Cataluña and Aragón receive gifts from Tió de Nadal. 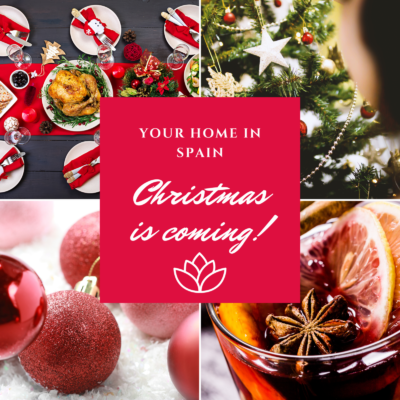 At this point, Christmas has only just begun! December 25 is Christmas Day.

Even after the enormous Christmas Eve dinner, on Christmas Day the family comes together to eat again, but not as much as the night before. Especially in families with young children, this day is a time to show find out what Papá Noel brought everyone. The streets fill with children trying out their new roller skates, bikes, and remote control cars.

Even after December 25, there are still plenty of Spanish Christmas traditions to uphold before the end of the year. On December 28, Spain celebrates el Día de los Santos Inocentes (Holy Innocents’ Day). This is another Catholic tradition that has evolved over time and been adapted to the modern world. Today, it is celebrated as a kind of Spanish April Fool’s Day when people play pranks (bromas o inocentadas) on each other. On this day, don’t believe everything you see or hear — chances are good that somebody’s pulling your leg.

After dinner and time for socializing, Spaniards spend the final moments before the clock strikes midnight preparing to ring in the new year. People gather in plazas or homes to eat the 12 uvas de la suerte (12 lucky grapes). During the last 12 seconds of the year, everyone eats 12 grapes so that luck will be on their side for the whole year to come.

After midnight, the new year begins and people go out to celebrate it in style. For many, January 1 is a day to sleep in and recover from the night before.

But Christmas still isn’t over!

January 5 is a very exciting day for the youngest members of a Spanish family. All afternoon, each city organizes a special event in which large floats parade through the streets carrying musicians, artists, people in costume, and, most importantly, the Tres Reyes Magos (the Three Kings), who wave to all the children of the city. After the parade, families return home for an early dinner so the children can clean their shoes and leave them in the living room. This way, when the Tres Reyes Magos visit the home in the wee hours of the morning, they’ll know where to leave the presents for each member of the family.

When they wake up on the morning of January 6, children across Spain jump out of their beds and run to the place they left their shoes the night before to see what gifts the Three Kings of Orient have left for them.

The only bad thing about the afternoon of January 6 is that children know that their vacation is ending and school is about to begin again, and adults are reminded that they’ll have to get back to the daily grind. Little by little, everything goes back to normal… until the next Christmas season.